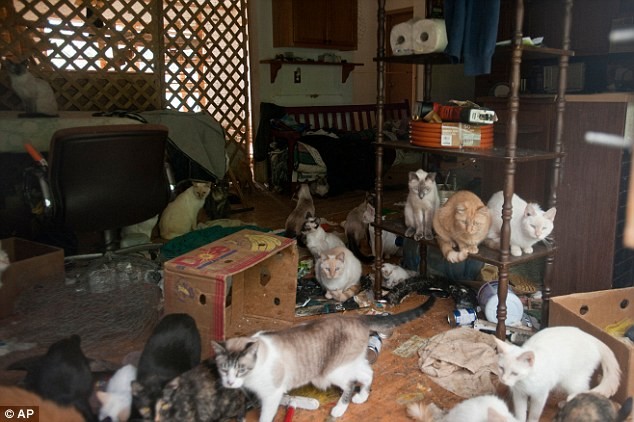 Albuquerque firefighters say six cats died in a house fire Sunday morning. The incident happened around 11 a.m. on Alder Drive NW near Unser. The homeowner wasn't injured, but she did lose six of her cats. Another five were taken to the veterinarian. The Albuquerque Fire Department says the fire was contained to one room and extinguished quickly. But what they found inside the home appalled them. "This was a hoarding situation. Lots of garbage and feces on the ground this fire could've been much worse because of all that extra fuel in the house," said Larry Gallegos, Bernalillo County spokesperson. "You don't normally have that much fuel, papers and boxes stacked up so high. All of that is fuel for fire that's what makes it so dangerous." According to Bernalillo County Animal Care ordinance, in most cases, residents are not allowed to have more their four animals in their home without a permit. Albuquerque fire said two of her cats are still roaming the neighborhood. If you see them, call animal control at 311.